And it has all Aveo lights! 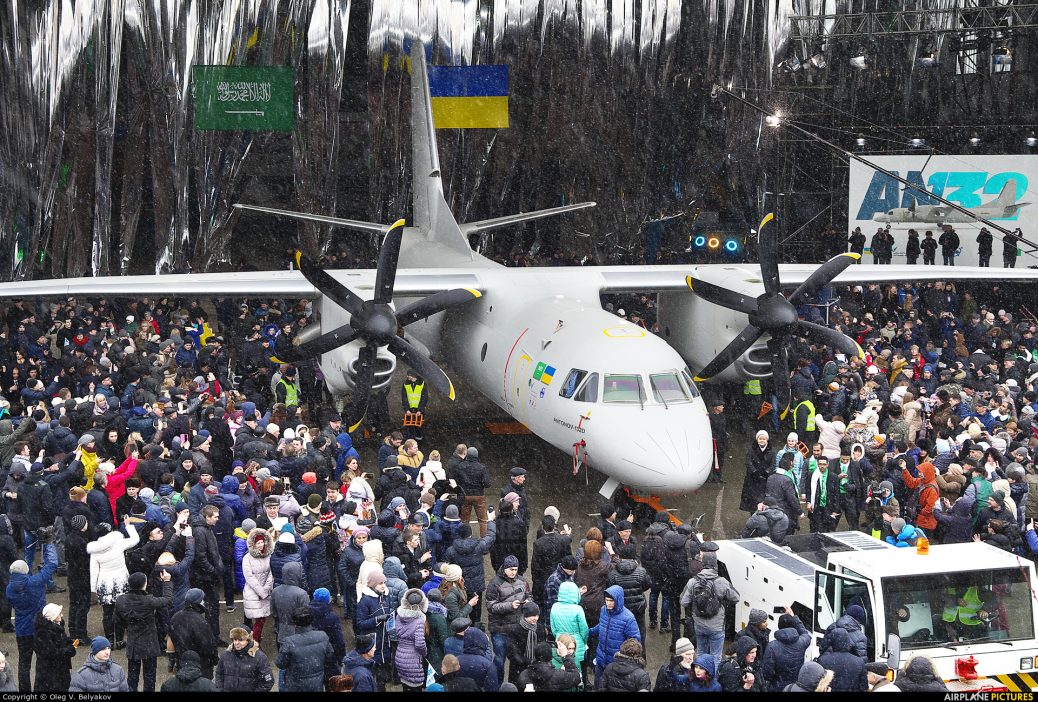 The Antonov, a subsidiary of Ukraine’s state-owned Ukroboronprom, partnered with Taqnia Aeronautics from the Kingdom of Saudi Arabia has unveiled the new multipurpose An-132D military transport aircraft at the Paris Air Show 2017.

The new An-132D multipurpose plane-demonstrator built in Ukraine as part international cooperation with Saudi Arabia,  Canada, France, and Great Britain was presented for the first time to the mainstream international audience at the 52nd Le Bourget 2017 Air Show. Thousands of visitors will attend the Static Park, where the aircraft is located between the flights. Military experts and journalist were impressed with the new capabilities of Ukrainian aircraft, and the feedback was positive.

The An-132 is designed for transporting cargo over short- and medium-range routes, and is capable of carrying a maximum payload of 9.2 tons. The aircraft will have a cruising speed of 500 km/h and a maximum cruise altitude up to 9000 m with a maximum payload. In future, a whole family of different purpose aircraft will be developed on the basis of An-132.

“The premiere of the innovative An-132 in the frameworks of the main international Air Show LE BOURGET 2017 was held successfully – Ukrainians have a lot to be proud of ” – reported UKROBORONPROM (UOP) representatives.

An-132 is the first plane with no Russian components, created by the SE “Antonov”; it is an example of international cooperation of Ukraine and international aerospace giants.

In April of 2015 “Taqnia Aeronautics” and UOP SE”Antonov” signed a partnership agreement on development and production of light transport aircraft An-132 in Saudi Arabia. December 20, 2016 the aircraft was demonstrated to the public and in March 31, 2017, An-132D performed its first flight.